I realise I never blogged about some exercises I did as part of thinking through what I’m calling the ‘Planet Friendly Web’, and given that I’m applying to conferences to explore this in more detail through talks or workshop activities, it seemed worth writing about here.

Late last year, I ended up spending a day doing a talk about what I’m calling planet friendly web in Prague, to a UX focussed audience, before running a workshop with groups of between 20 and 30 attendees, to get them talking about the subject, and apply what they learnt working through a few different scenarios.

I ended up delivering this talk/workshop combo three times in one day, to three groups, which:

You can see the slides here on speakerdeck:

Testing the activity part of this in Berlin

Before this workshop, I put together a version of this exercise, and tested at Cleanweb Berlin, a meetup I run in Berlin for people interested in the intersection between environmental sustainability and tech.

For each meet up we cover a given topic or theme, and in November the topic we looked at was design – specifically how we use apply design to digital products:

We were lucky enough to have Tim Frick, the author of the O’Reilly book Design for Sustainability gave a talk remotely on the subject as a primer, before starting a workshop. You can see his slides here.

As part of our meetups, we’ve tried to create space for attendees to interrogate the subject we’re interested in more ways than just sitting through a talk, including things like fishbowls (interactive moderated discussion sessions), and various activities to try think through and apply what they’ve just learned.

In this case, I put together an activity where attendees worked in groups to work through a worksheet, spending a ‘budget’ on different techniques for updating a site, and to discuss their reasoning for doing so afterwards. It was loosely based on the ideas in Tim’s book and talk, and for the exercise, the goal was to use the activity to become familiar with the subject matter and make it seem real, to see how to use the ideas outside the meetup. 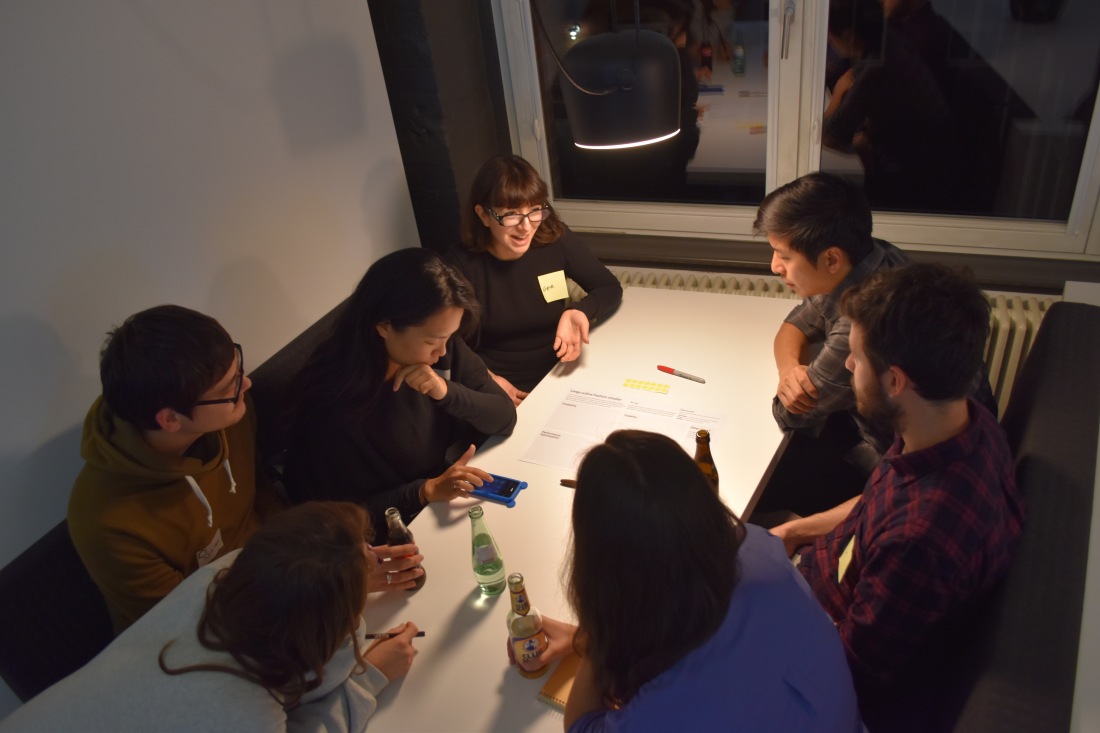 At the end, someone in each group would present back to the about where it was easy for them to find consensus, and what decisions they felt were important to them, and which parts didn’t feel so urgent to them.

You can see some completed worksheets below:

One of the great things about running a multidisciplinary event like this is the expertise that comes to it – having a mix of experienced professional service designers, backend end developers, front end developers as well as environmental engineers, and CSR professionals lead to a number of high quality conversations about what steps were practical or relevant, and which ones were more realistic to aim for.

Things I’d like to do differently after testing this

The dot voting – in future I’d make it clear that the dot voting in the activity was to show priority, rather than express it as a budget. While it makes sense to allocate most of a budget to the most important things in a project, a few attendees got hung up on the what he exchange rate for a ‘dot’ was, rather than using it to purely to represent importance.

Restricting the scenarios – I initially had two somewhat plausible scenarios, and left a free one sheet in case a group had their own project that was a real life scenario they had experience with, that they wanted to explore. Getting groups to agree what a  scenario was, then agree the action to take on it in a limited time was quite a big ask, and I’d probably shy away from this in future.

Restricting the scope of activities – rather than hope attendees will have remembered specifics in in talk, I’d like to experiment with sets of well researched cards, representing the different activities you might realistically take, at different stages of the lifecycle of building a digital product. This would shift the conversation to attendees focussing on weighing up the options and discussing the impact they might have, rather than coming up with ideas, when they don’t have too much access to the effectiveness of each step.

If this is interesting to you, I’m setting up a newsletter discussing this subject, and you can subscribe at planetfriendly.productscience.co.uk. If you have any questions, please leave a comment, and I’ll do my best to answer it below.

View all posts by mrchrisadams

One thought on “Testing formats for planet friendly web workshops”